And now, we've come to the third member of the Tux Triumvirate, the Xfce desktop environment. Previously, we talked about the KDE and Gnome desktops, and their best offerings of the year. Now, we shall embark on the same journey of soulsearching and whatnot with Xfce. Who knows what's gonna happen?

The thing is, yesteryear was a happy-ish kind of year. I had reasonable fun with Xfce, with MX Linux leading the pack, offering the freshest experience. Overall though, Xfce is usually a hit and miss experience. There was a time when it was kind of drab and apathetic, then things picked up nicely a couple of years ago, and now we're holding our breath for the 2019 showdown. Begin.

This is actually a 2018 distro, true - but I had it tested early in 2019, which is why it's here. Well, I actually did a fair bit of work with this particular system. I tried it on my G50 laptop and then on my ten-year-old box with Nvidia graphics, and in both cases, the results were excellent. But the real jewel was the testing on my ancient, underpowered Asus eeePC netbook. I was almost ready to put it to rest when I tried MX Linux, and it rewound the clock a good few years back, offering a surprisingly fresh and fast experience.

Indeed, Continuum delivered well on all fronts - aesthetics, networking, media, peripherals, performance. It was elegant, designed with style, and trying very hard to be friendly both to new and veteran users alike, something that isn't easy to do. A good, strong start for the year. 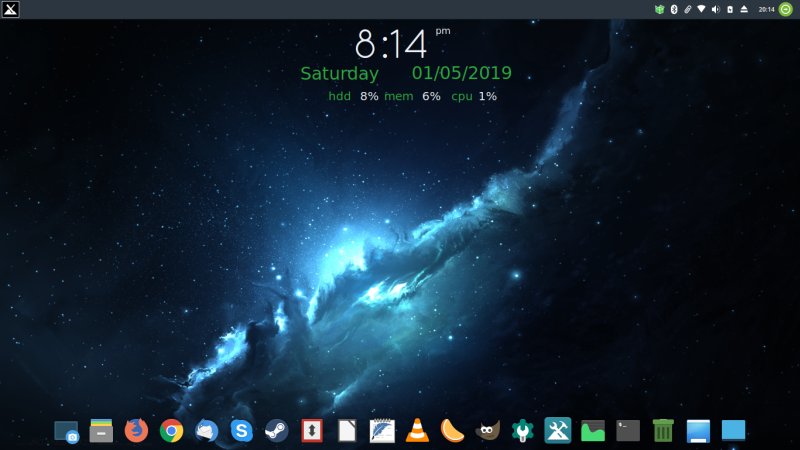 This was another interesting experiment. Fueled by high hopes from the MX Linux games, I went in full speed on the Xubuntu front, and found myself a little confused. The distro was ... nominal, it tried to do the base minimum, but not much beyond that. It was functional but listless, and there were some important facets of modern functionality missing. Felt as if the distro had run out of breath, which can often happen with smaller projects, and something that's been haunting me in my Xfce escapades for a good few years. The worrying thing is that while Disco is better than Cosmic, Xubuntu used to be more exciting, and a better product several years ago. Still, not bad, but far from great or exciting. 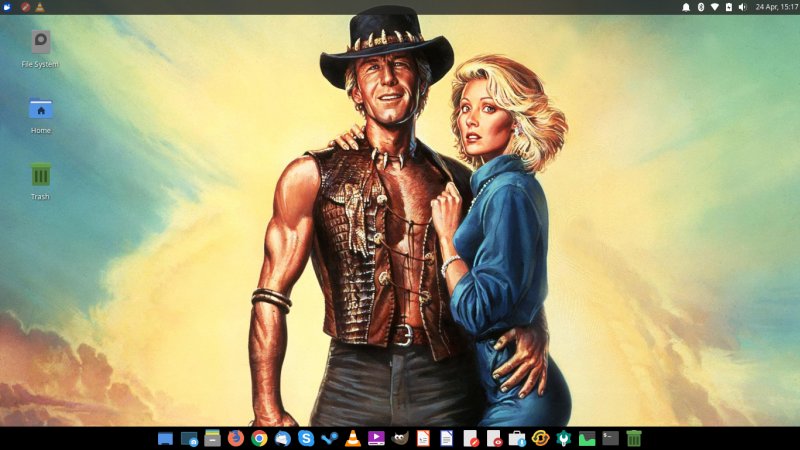 I did a fair deal of Manjaro testing this year - Plasma, Xfce and Cinnamon versions. The Xfce spin was a pretty decent distro, with the usual share of unique features that Manjaro offers. As expected, performance and battery life were really good, you get tons of great software, and solid usability out of the box. But then, much like the Plasma edition, there were quirks and bugs and oddities, with package management and the presentation layer. In a way, Illyria Xfce felt a little incomplete. 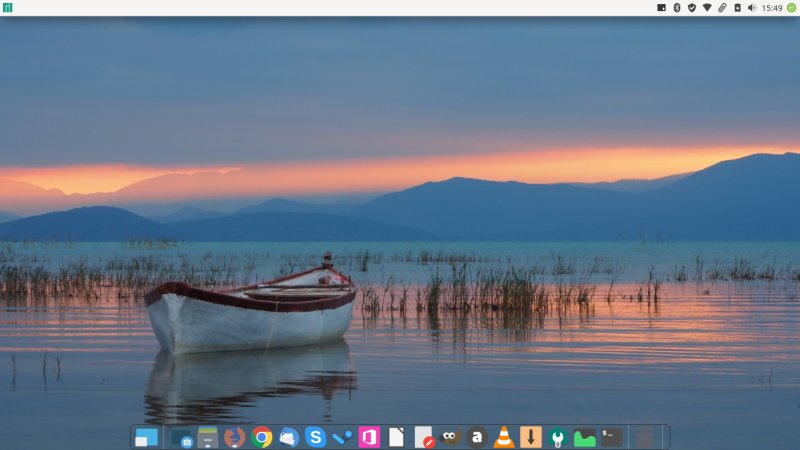 Having tested the previous version in January, I had the luxury of running another MX Linux test this year, which allowed me to compare the two side by side. MX-19 was a nice product, with good connectivity and speed. The usual perks are there, too - you can save your live session data, and the MX Tools combo is a blast. But then, things came undone - I noticed problems I didn't have before, and tweaking the desktop to my liking wasn't trivial. I was unreservedly happy with MX-18, but I didn't feel the same connection with the newest version. Yes, it's only software, no need for big emotions, but it always helps when you get a smooth, clean experience. Bugs sure don't help. This is a recommended distro, but its worst enemy is - its earlier self. 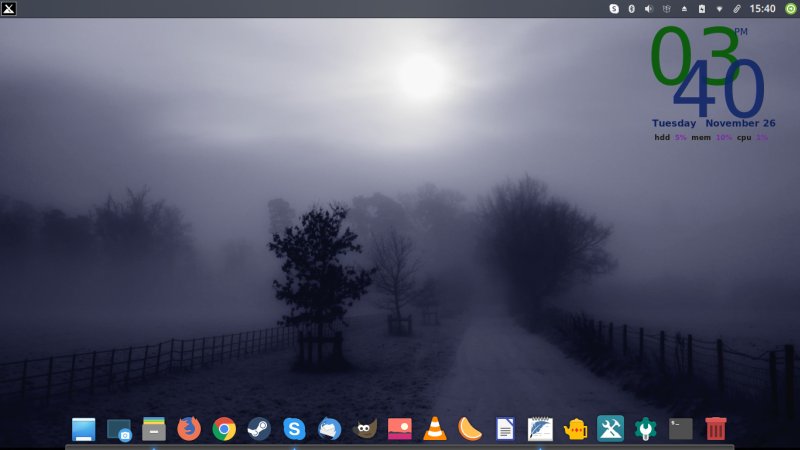 We don't get just two MX Linux versions, we also get two Xubuntus. Speaking of bugs, the autumn crops seems more plagued by them, because Xubuntu 19.10 isn't as good as Disco. I found the overall experience devoid of fun. It felt routine, going through the motions. You do get okay functionality - network, smartphones, media, plus good speed and battery life. However, these are accompanied with weird bugs, lackluster presentation layer, and once you go about changing it, annoyances and a crash or three. It was neither good nor bad, just average, and I felt I was strapped to the Xfce rollercoaster once again, heading farther down and away from the sweet momentum that wrapped this desktop environment only a few years ago. 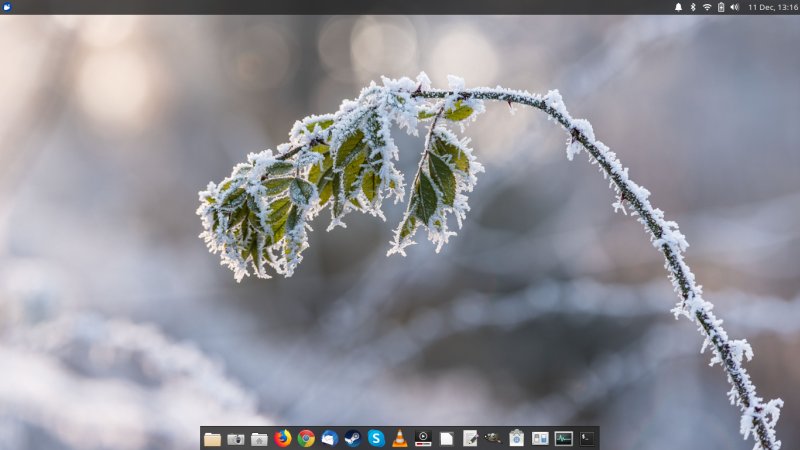 Perhaps this makes for a boring reading, and you must think me a silly fanboy, but MX Linux MX-18 takes the lead once again. Not the latest version, mind. The previous one is smart, elegant, fast, and put together quite well, despite some obvious inefficiencies in the Xfce desktop. Now, the cherry, I used it to revive some really ancient, weak hardware, and that's no small feat. Taking all these into account, MX-18 Continuum delivered more than the other Xfce distros I tested, and it's better than MX-19, too.

If you're looking for a simple, no-nonsense desktop (Xfce at that), MX-18 offers the most optimal combination between simplicity, performance, accessibility, and reasonably good looks, with some extra perks, like MX Tools, good fonts, and a great experience out of the box. A clear winner. I may have been somewhat undecided when it comes to other two desktop environments, but not so here.

All in all, 'tis a reason to be jolly, but there's also something we must carefully consider. And that is the fact MX-19 wasn't as good as the previous edition. Looking at the Xfce desktop, it feels cyclical, with a two-cadence, and I am not sure if the plateauing signifies the beginning of a fresh slump that will ripple across the entire desktop environment, as a consequence of the chaotic, haphazard nature of Linux development.

Bleak warning aside, MX Linux is a pretty solid choice for a classic desktop. It lacks a few things, well the Xfce desktop does, but the compromise is balanced out by speed and simplicity. One can only hope that future versions will be able to provide the everyday needs and maybe even cautiously grow. There you go. In a few days, we will have the ultimate showdown, the best distro of the year selection. Take care.