Dedoimedo
A Place to Learn a Lot About a Lot
LibreOffice 6.0 - Goodness, Gracious, Great Fonts of Fire!

There are many free office suites out there, the quintessential among them: LibreOffice. Having taken over the free championship from OpenOffice, Libre stands as the zero-cost alternative to the hugely expensively, hugely popular and excellent Microsoft Office as your desk-and-chair productivity bundle. But wishful thinking aside, LibreOffice never quite managed to replace its commercial rival.

I've written about this time and again - the simple cruel reality is, if people need top notch fidelity in their documents, they must use Microsoft Office to cooperate with other folks. Over the years, LibreOffice has matured, grown better and more accurate in its support for the Office formats, but it never gave a perfect record. Wait now. Version 6.0 has just been released, and it promises to be the best thing ever. Is it? 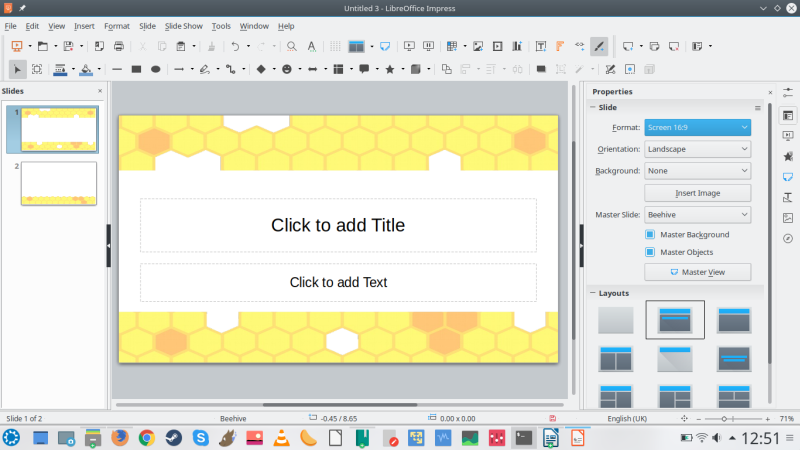 On paper ... and in reality

The setup was fairly simple for me. I downloaded the archive, extracted the 30-odd Deb files on my Kubuntu Aardvark instance, and then installed the program side by side with the resident 5.X edition. So far so good. On launch, there's a nicer, cooler splash. Visually, it's hard to tell the difference between the old and the modern, but if you're keen of eye and true of heart, you will see the aura of pro glitter that comes with the new kid on the block. 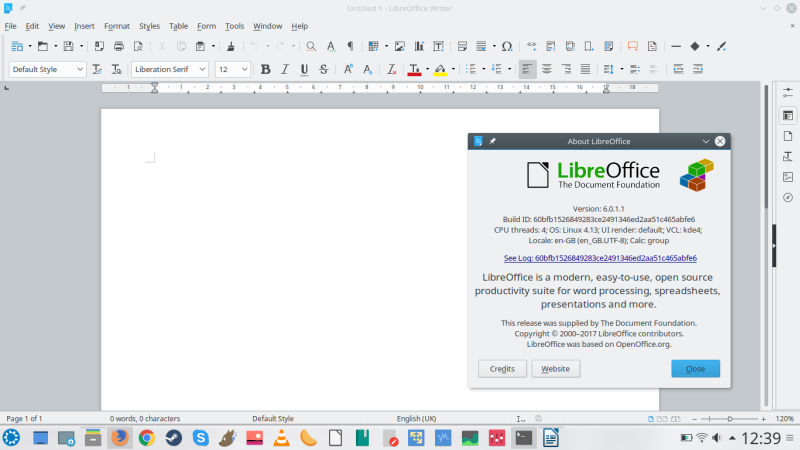 Indeed, LibreOffice 6.0 ships with a load of improvements. But instead of just listing what the official release notes tell us, let's test. I wanted to see whether the program can actually deliver. To wit, I grabbed one of my own books, after it had gone through a round of copyediting by a professional editor, sporting hundreds if not thousands of little changes, all carefully tracked and commented. A DOCX file, if you will. 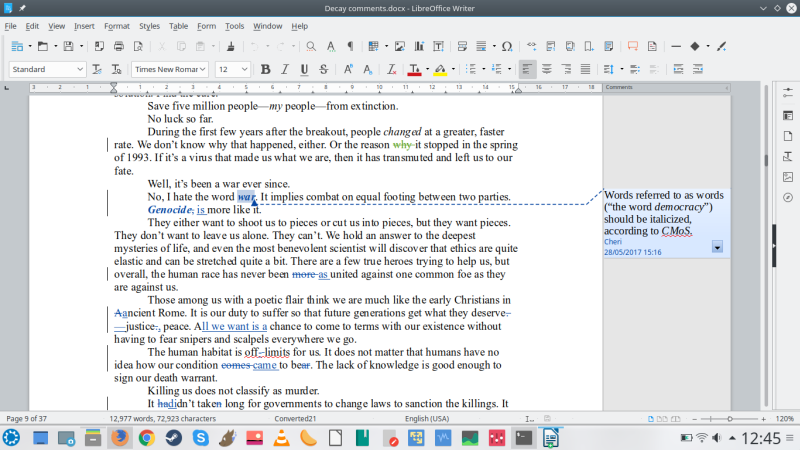 Excellent. The loaded DOCX document was 100% true to its original look, feel and behavior in Microsoft Office. Everything was just as it should be, and this is probably the very first time I felt comfortable enough considering using LibreOffice for serious work knowing that other parties will be using Microsoft Office. Not quite there yet, but this is a monumental leap in quality. The implications are staggering.

My book notwithstanding, LibreOffice is a significantly better product than its predecessors. Smarter layout, less clutter, more options, more logically arrayed options. It's easier to embed and manipulate images. Easier to add mathematical equations. Everything just feels less cumbersome, less ponderous. It's almost as if someone said, let's focus on making LibreOffice be an efficient product first and foremost. Seriously, this is felt in every aspect of usage. Even tracking changes works fine, and it used to be a productivity killer. Not as smooth as Microsoft Office, but it's actually usable now. 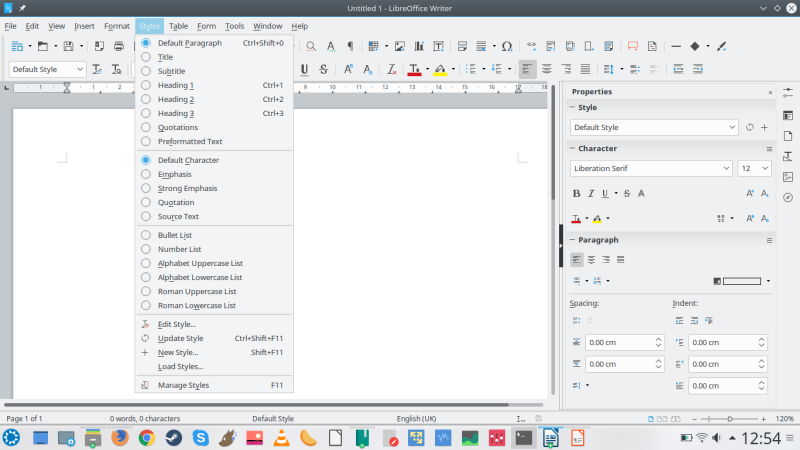 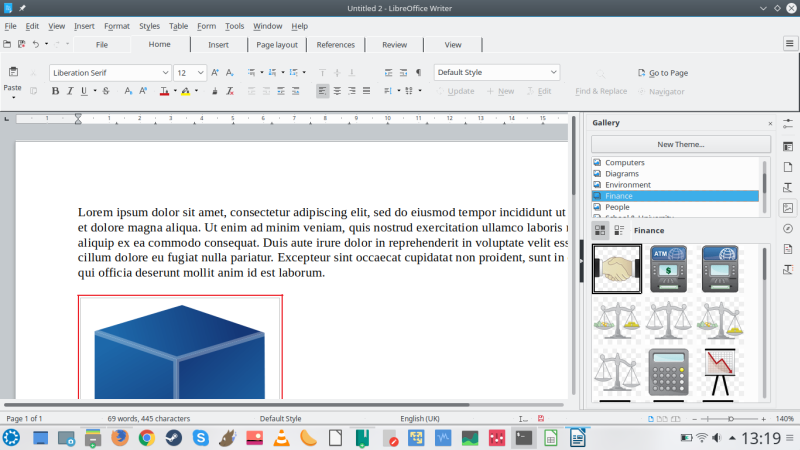 Writer often takes focus, so it's easy to overlook other programs in the suite, but neither Calc nor Impress are overlooked. I remember my frustration trying to prettify charts in LibreOffice. Now, it's bearable, and almost fun. You have more freedom doing things, and you're not fighting the ghosts of 2001. Impress also lets you very easily charge slide aspect ratio, there's better Macro support. Joy all over the place. 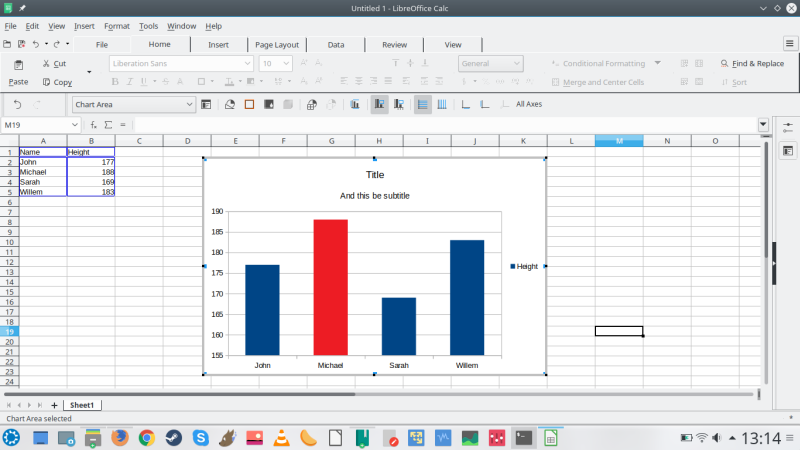 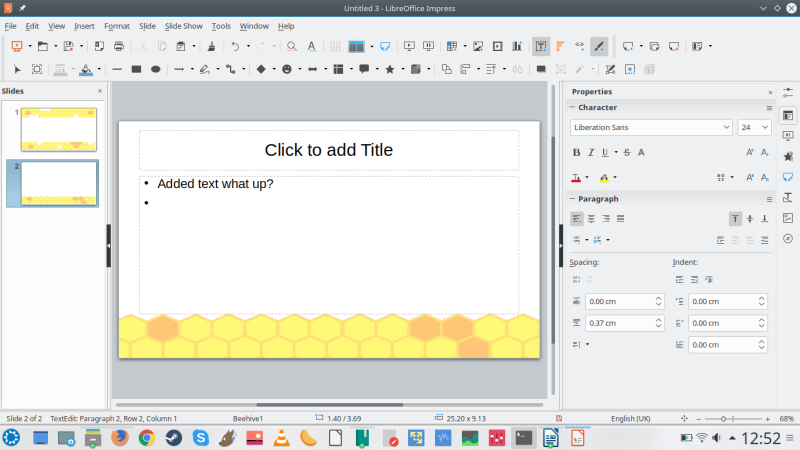 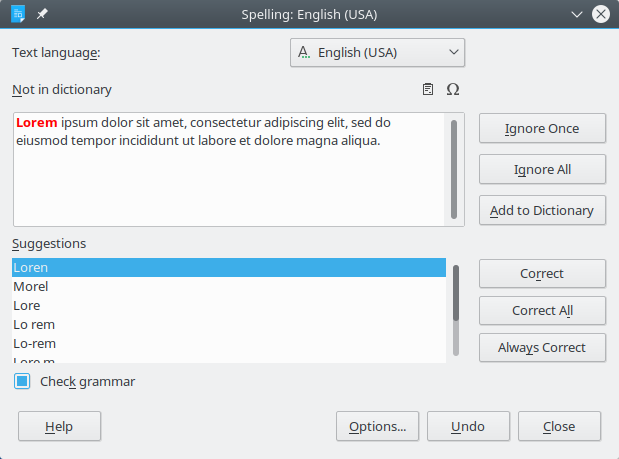 Now, this is not a new thing, and you could enable experimental features in the 5.X branch and use the Microsoft-like contextual menu interface instead of the classic toolbar layout. It feels apt actually testing this with the new LibreOffice version. 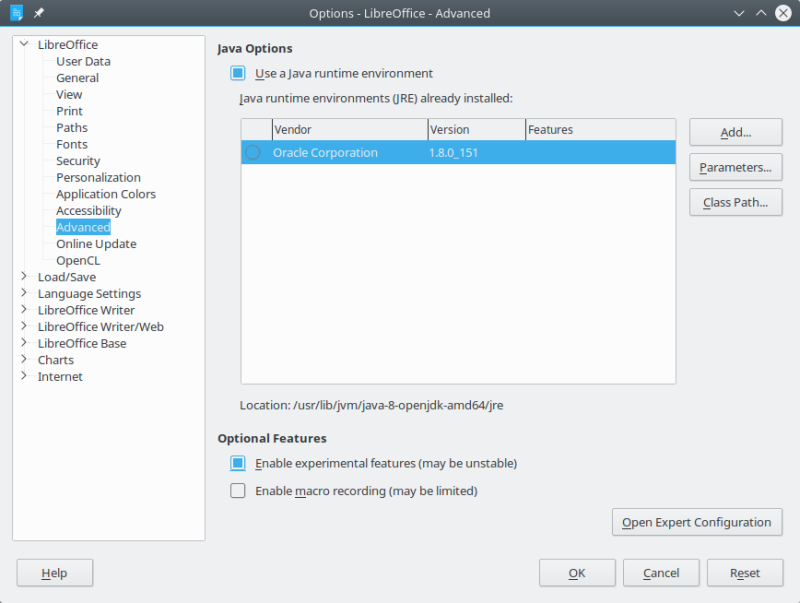 The Ribbon-equivalent (dose) layout is called Notebookbar, and there are six options, including full and compact grouped tabs, contextual and whatnot. I tested these, and found Tabbed (full) to offer the most Microsoft-like experience and with easier access to different options. Still, the setup is a bit clunky, you may need the menu bar regardless of what you choose (Alt won't always pop it), so there's more than can be done to make this seamless and fun. 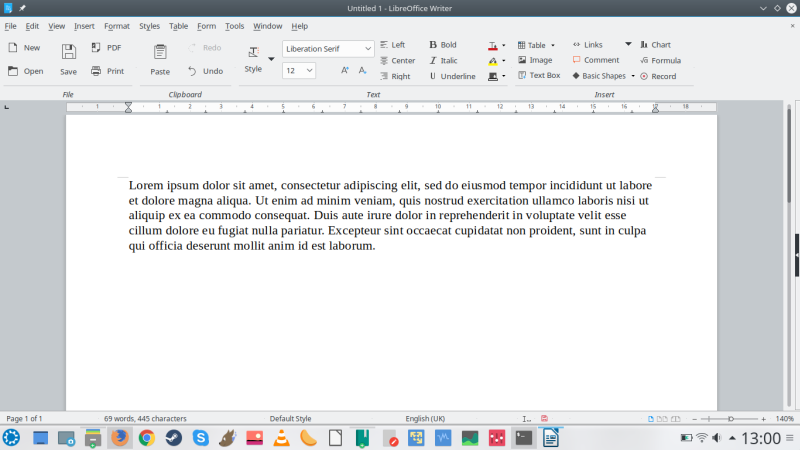 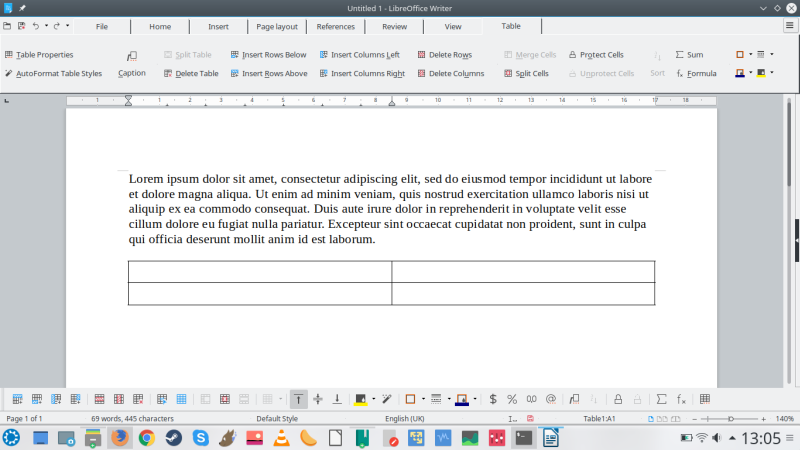 LibreOffice also lets you export documents as reader files. This worked relatively well. I tried both headings and page breaks, and the created files were reasonable enough. Sure, there's always room for improvement, and it will be nice if LibreOffice comes with additional styling support and metadata editing for mobile/reader formats, but that's something for future versions. 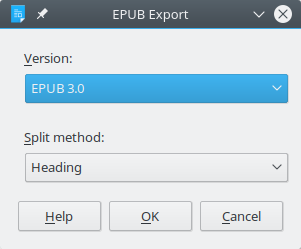 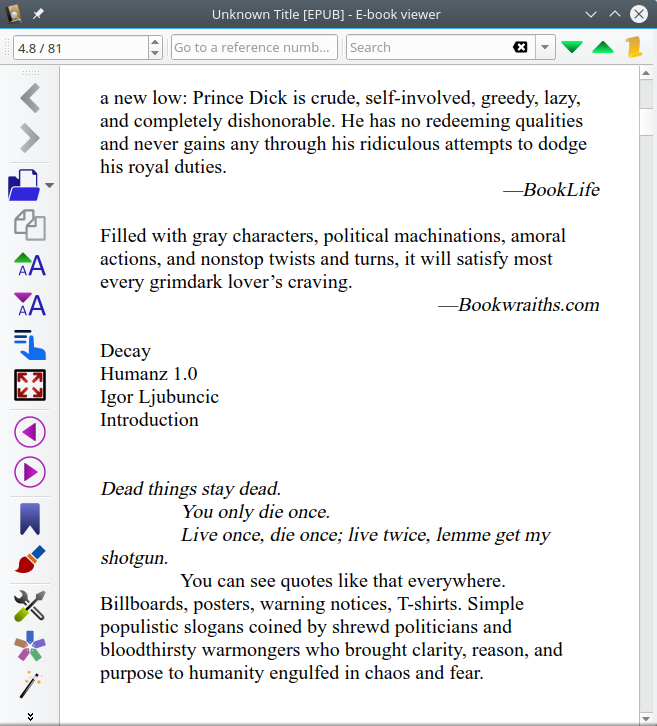 The old stuff is there - plus encryption, digital signatures and all that. Very neat. You can also add watermarks, so this helps if you need to share potentially confidential material with people of shady character. 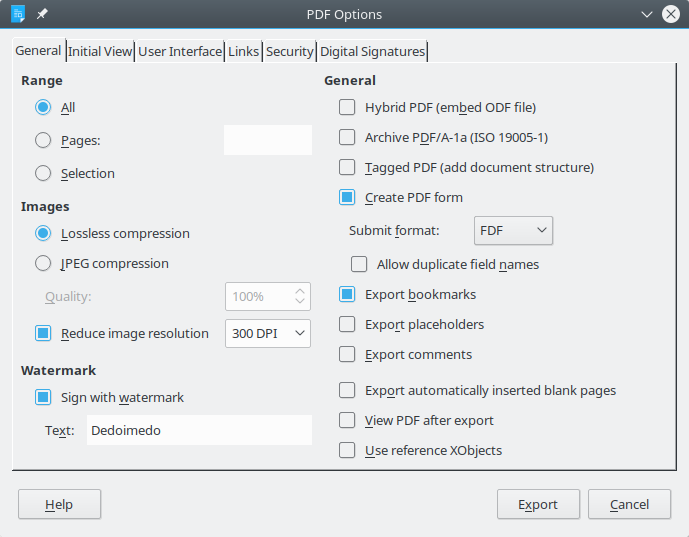 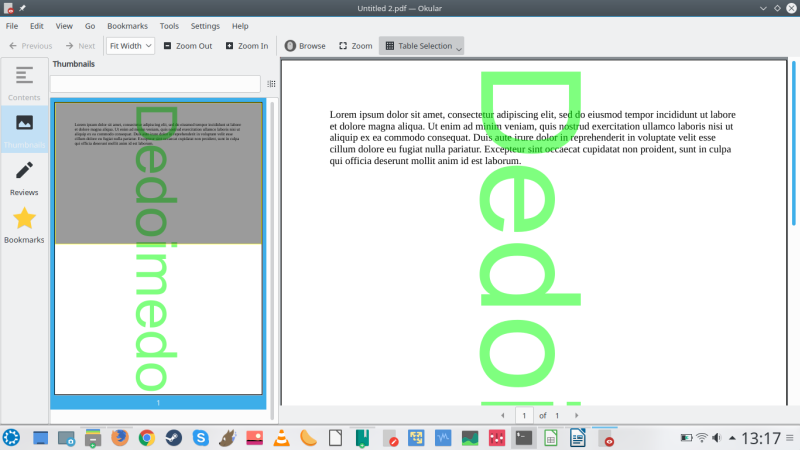 The self-update and extensions install mechanism are similar to what we had in the past, and this is definitely something that LibreOffice should improve. Installing new stuff still takes you online. Being able to sort and install extensions from the program's interface would be a nice boon. 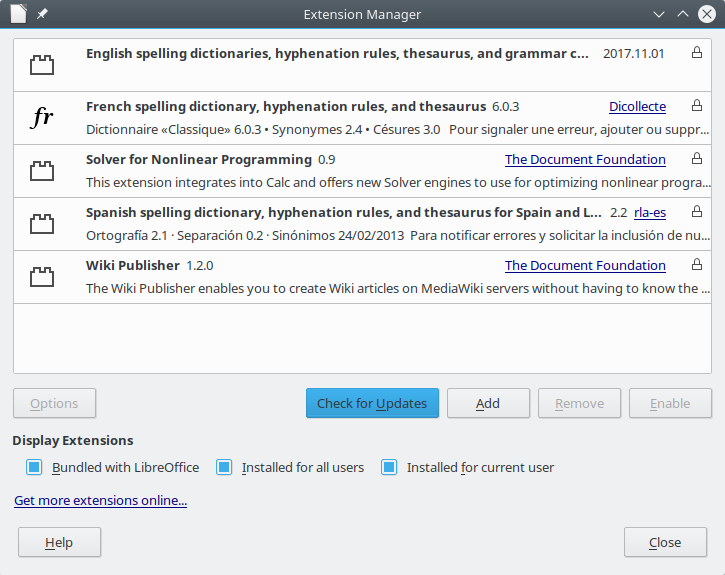 Security, ease of use, you name it. But wait. There's more! There's focus on commercial deployments, and talk about cloud, too. This has already been proven to work, and work well, and for a brief while, we had Open365, which I guess inspired the renewed focus on the remote/online version. The Android Viewer is also more than just a lovely shell slash remote control for your presentations. I will be exploring these aspects of the LibreOffice usage in more depth in the future.

LibreOffice 6.0 is a phenomenal release. Pro-am if you will. The very first version that can proudly wear its laurels. It's almost a completely different product. More elegant, more efficient, with better and smarter layout and work logic, improved functionality with pretty much everything. Most importantly, Microsoft Office supports is very good. It was also stable and fast.

Technically, LibreOffice is playing catchup with Microsoft Office. We probably may never achieve parity, as office suites take millions of dollars to develop and maintain. But still, in this game of hare and armadillo, the open-source beastling is making great strides forward. LibreOffice 6.0 has an expensive, elegant, refreshing feel to it. An office suite reborn. Official release notes are often three quarters hyperbole and one quarter nonsense, but in this case, it's all awesome stuff. I am extremely happy, and I urge you to install and test LibreOffice 6.0. There are few free products that warrant this much joy. 10/10. Font away.