Dedoimedo
A Place to Learn a Lot About a Lot
Netrunner 13.12 Enigma-II review

Let us take a look at Netrunner, shall we. It is a Kubuntu-based distribution, with more or less the same mission statement like Mint. In other words, it is unto Kubuntu, what Mint is unto Ubuntu. A system that is designed to be simple and fully usable out of the box.

The newest version is out there. So we are going to test it. I will be using my Nvidia-powered laptop for this exercise, coming with an olden processor with two cores, a standard disk, and most importantly, a G96M family card, which still gets a bit of street credit around here, despite its age. Follow me. 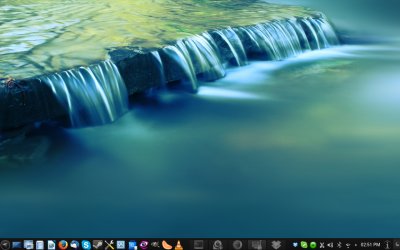 The boot sequence is colorful. First, you get the standard Kubuntu splash, then a new one comes up, with the correct letters and numbers. After that, you will be logged into a desktop that has ever so slightly and yet significantly changed compared to the summer edition. You have a new wallpaper, new theme, new window decorations, and a new system menu called Kicker, which we've seen not that long ago in a related article. 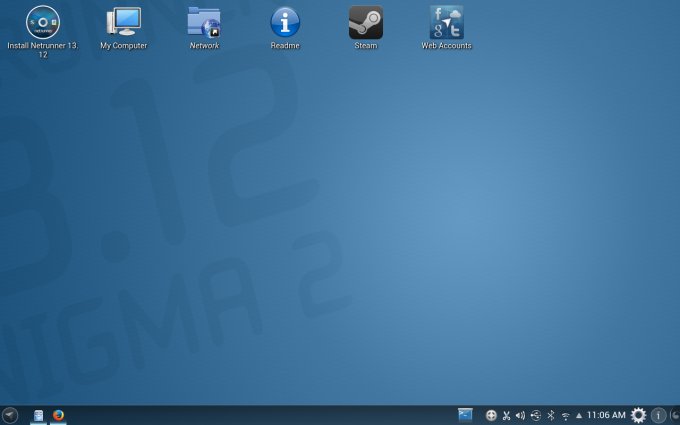 There's quite a bit happening on the Enigma-II desktop. You have a top drop-down search box, activated by a somewhat non-intuitive cogwheel icon on the far right side of the system area, and it also happens to be a little bigger than the rest. Then, you also have the drop-down terminal emulator called Yakuake. Finally, the desktop comes with a bunch of icons, including a shortcut for Steam and Web Accounts, which we have discussed quite a bit in the past. Normally, you might get some errors if you try to start the service in the live session. Some visual polish could work here, in order to achieve total OCD symmetry. 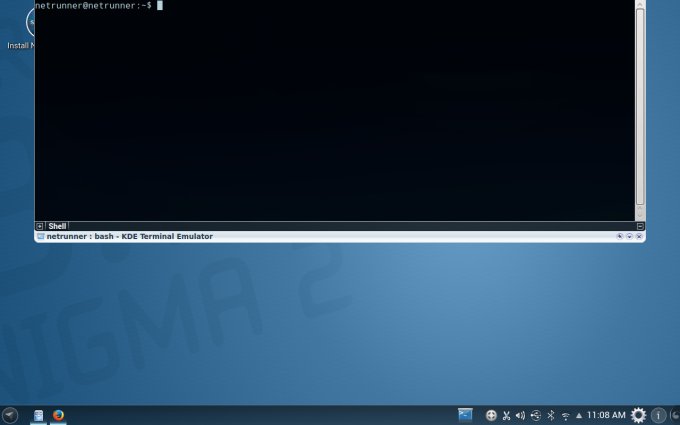 However, things worked pretty well. Wireless, Bluetooth and Samba were fine. Oh, someone mentioned me always insisting on Samba as if it's a holy thing. Yes, it is. There's a whole pr0n share on my network somewhere, and if I can't access it, then it's trouble.

There were no issues. Netrunner 13.12 offered all the expected goodies, including Flash and MP3 plugins. But you do have a handful of media players available, only we will discuss that later on. 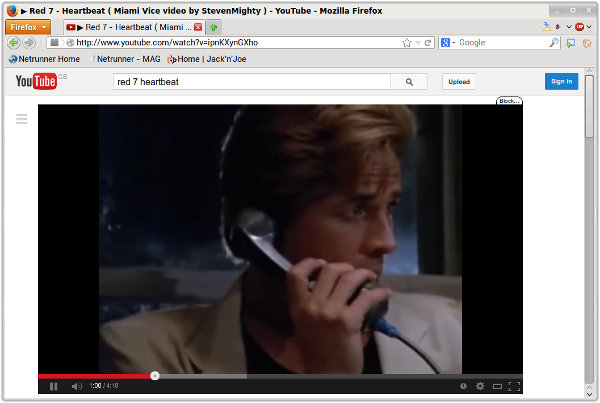 The volume mixer is aware of the track being currently played, but the contextual menu is not as advanced as the one you get in Linux Mint, for example, or if you have Amarok installed. 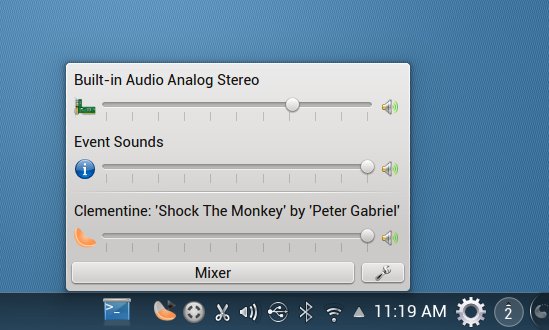 The usual stuff, really. It's the new and redesigned Kubuntu/KDE installer, with some extra spice and a decent slideshow. However, you will notice a tiny typo, where it reads who's instead of whose on the last slide below. But that's not a biggie. The installation took a while. After that, Netrunner settled just fine alongside Ringtail located on the same disk and controlling the boot sequence. 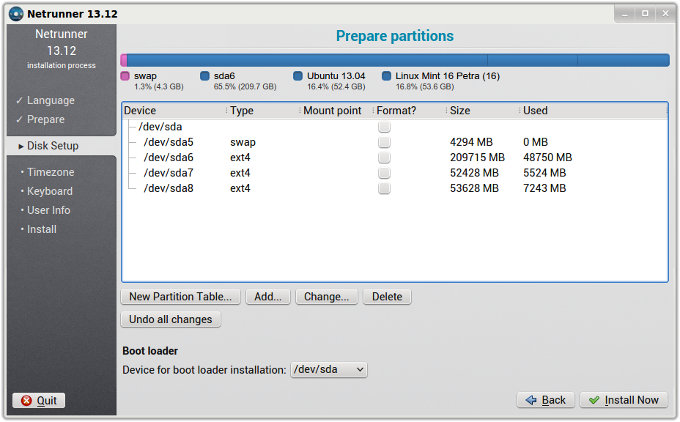 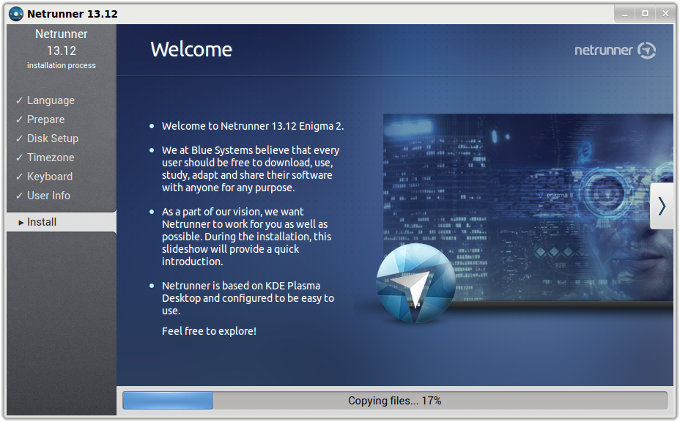 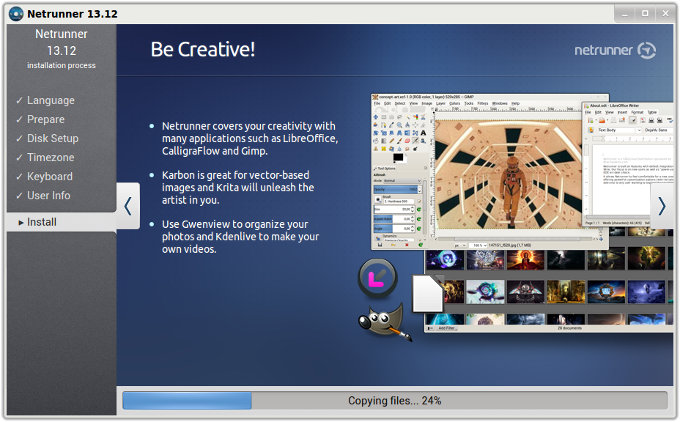 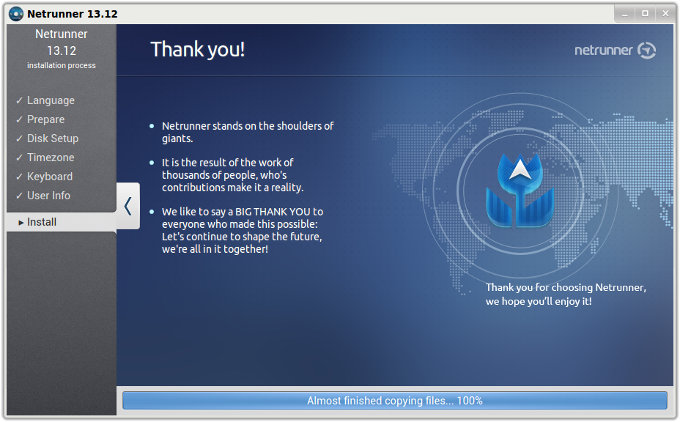 After the rain has falle ... installation

Let us begin using Enigma-II in earnest. This means changing the default looks, reducing some of the clutter, and then, playing with all the different components that are supposed to make the desktop experience complete. Once again, we are facing somewhat of an identity crisis, because the boot splash now comes with a high-definition spinning Netrunner icon rather followed by a welcome notice. And into the desktop we go. 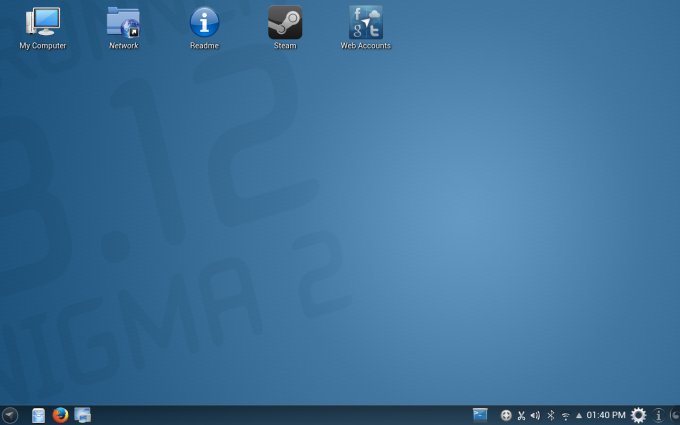 It started all right, but then after a few minutes, the desktop froze solid. I had to hard-boot the system, but the problem did not occur since, before or after the updates. All in all, seems like a one-time glitch.

There were no issues at all, and I was able to integrate my online accounts just fine. In the live session, this normally fails due to the indexing service not running and whatnot. But it was quite alright here. 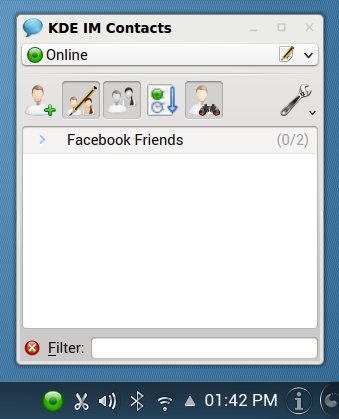 The second thing I tried, all the while pimping the default looks, was to install the system updates. I tried both Muon and the command line tools. Both worked well, but there were some issues. One, one of the repositories wasn't signed, throwing an error. Two, one of the core Netrunner packages failed to install for a while. 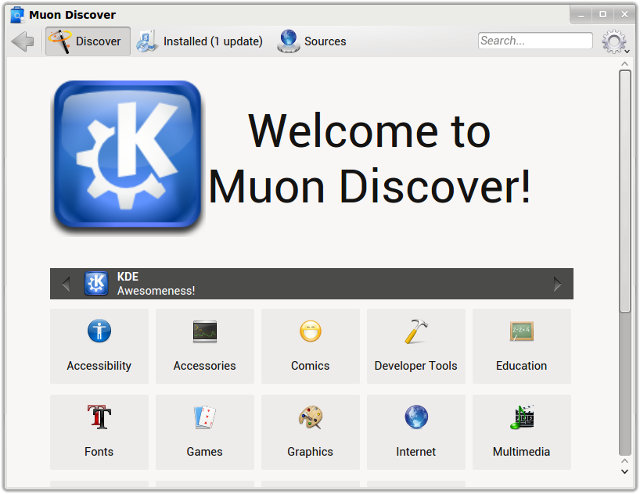 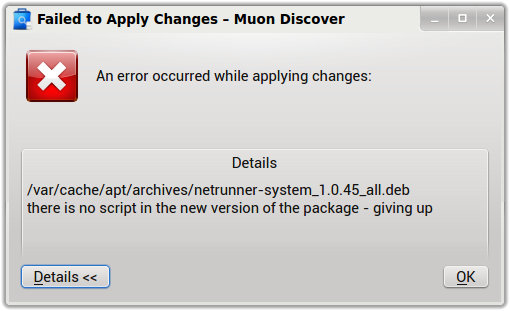 And the command line stuff:

Plus the repo error:

After the updates and a reboot, a few more odd things happened. One, you get system notifications at the top of the screen, in addition to the usual popups showing just above the system tray. Not nice. 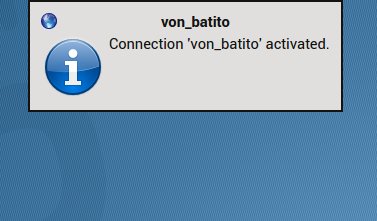 But then, Kicker also failed to launch, and even though I tried to restore the widget, the red rectangle with the X sign remained there. In the end, I was forced to use the classic KDE application menu. And it was behaving more robustly than Kicker. Furthermore, it gave better and more complete search results. For instance, Kicker does not register the Web Accounts anywhere, but the classic menu does. 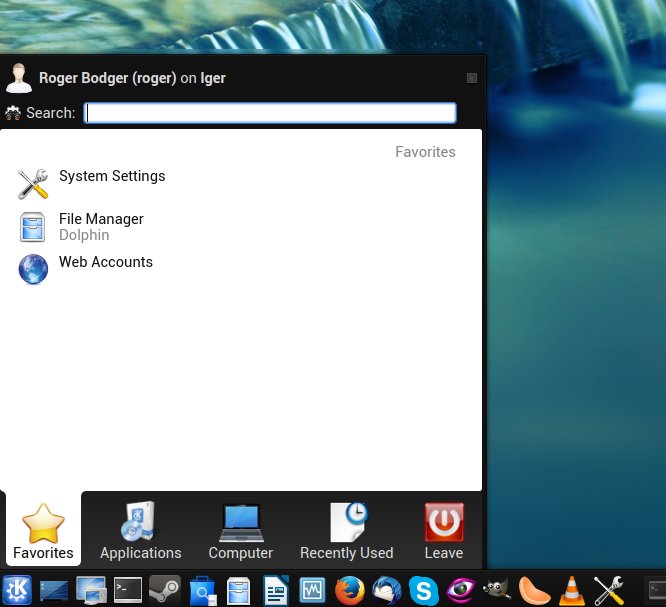 Still, though, things were working well, and the system was stable. I have to admit I was testing a pre-release version of Netrunner 13.12, but I did not encounter these issues back then.

Netrunner Enigma-II comes as a sizable download, and when you start exploring the available repertoire of programs, you figure out why. Overall, I like the collection very much. It's shiny and bright and most useful, and it comes with a lot of good stuff that I love and use daily. But they might be a bit of an overkill for most people. Still, it can help those in areas with limited or capped bandwidth get the most from their systems without frequent downloads and updates.

You have Firefox, Thunderbird, FileZilla, Qtransmission, Pidgin and Telepathy, GwenView, and Skype. On the media front, there are no less than three players available, including VLC, Clementine and QMMP, go figure. GIMP is also there, as well as KDEnlive, if you feel adventurous with your audio and video. The office category covers the basics with LibreOffice plus a component from the Calligra suite. 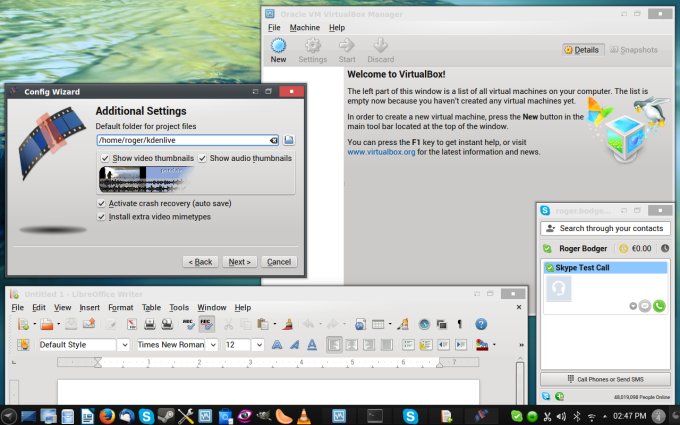 Gamers will also appreciate the Steam installer. VirtualBox is also available, allowing you to play with virtual machines. But that's not all. In addition to KSnapshot, you also get Kazam, which can take either screenshots or screencasts of your desktop. The input devices section comes with configurations for Touchpad, Joystick and Wacom tablets. 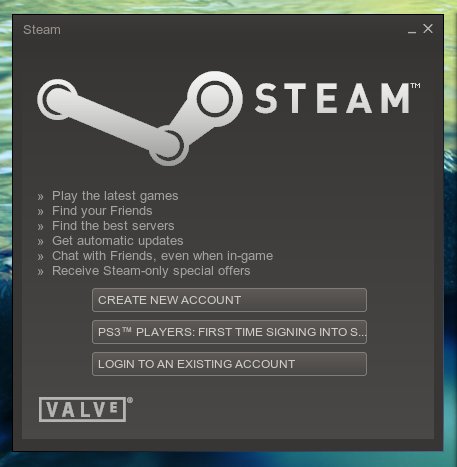 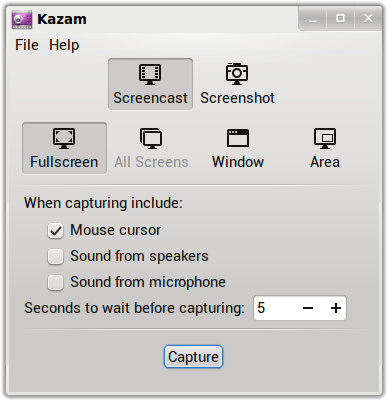 Still, there are some weird parts. For example, I object to Firefox coming with any extensions, because they automatically alter the default, expected behavior. This kind of goes hand in hand with the plethora of options and tweaks everywhere, and it can be easily toned down. Less is more. Sort of. 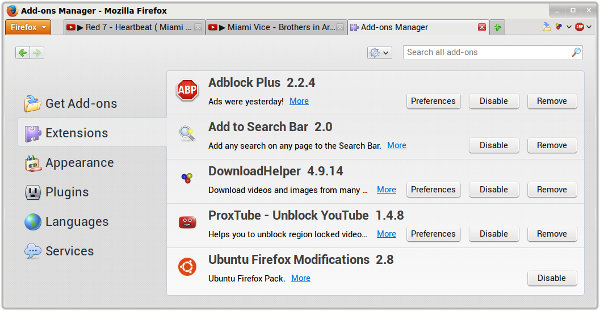 Worked fine and without any issues. 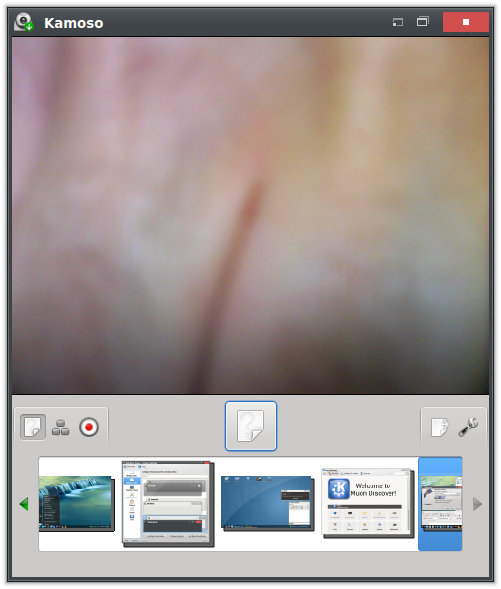 I could not find any way to test or activate them. The category is missing from the system settings. In a way, you do get some lovely transitions and basic effects, but no major bling-bling.

This is a very important part of the desktop experience. Netrunner ships with a handy driver manager tool, which offers you the needed content. Here, I selected the latest available package and let the system do its magic. After a reboot, the distro was using Nvidia drivers. For the fourth time, the boot splash changed, becoming a low-res progress bar with the distro name and some flashing dots. 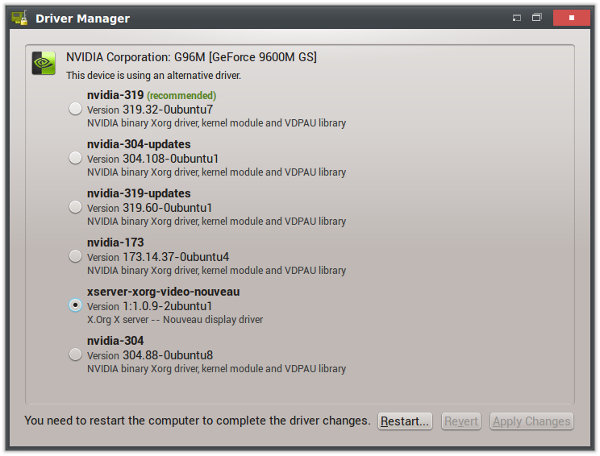 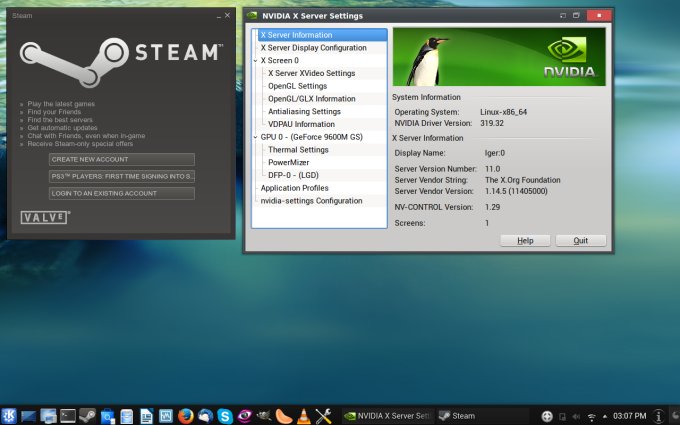 If you take a look at KSysGuard, you will notice a fairly high memory consumption plus some rather chirpy CPU activity. Yes, I know that GUI elements add their own penalty, but that's part of the game, isn't it. Then, I noticed my total Swap size was 6GB, which is strange, since I know my swap partition is only 4GB in size, matching the machine RAM. 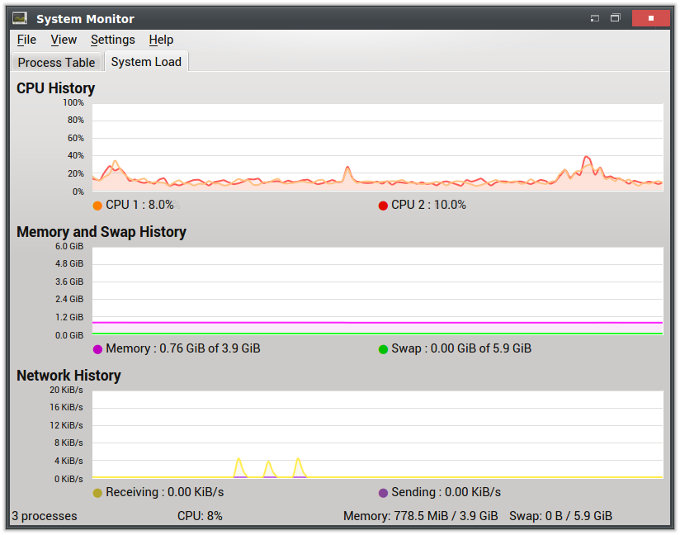 I powered up the partition editor, just to be on the safe size. And then, I also checked from the terminal, using the swapon command. As it turns out, Netrunner comes with a memory compression technology called zram, which works somewhat like memcache, with one device per CPU core. If this thing is somehow meant to make my system behave more sprightly, then it sure didn't make an impression on me. In fact, Netrunner was relatively slow compared to some of its friends.

I played a little with editing the default looks to my liking. This meant a new wallpaper from wallbase.cc, a new theme, new windows decorations, replacing the default Dolphin and Firefox launchers with real icons in the bottom panel, adding some extra ten or fifteen icons, removing the drop-down search box, and a few more tweaks. End result, cool. 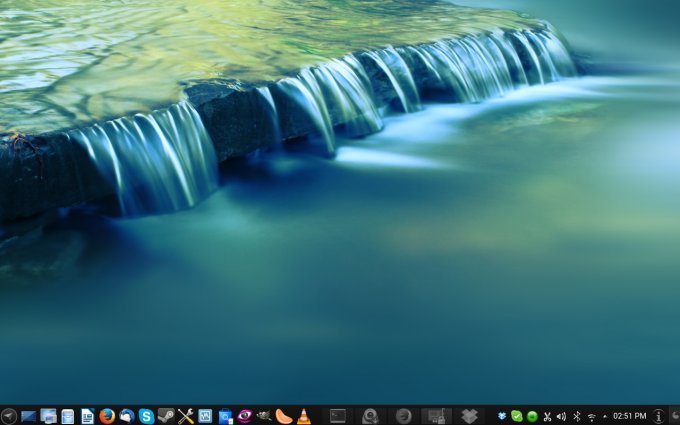 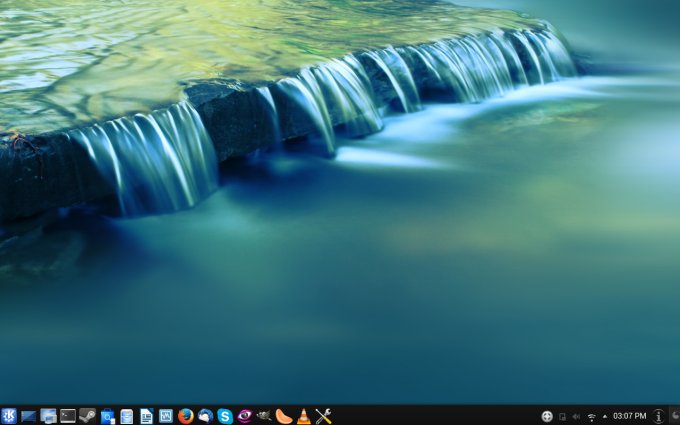 Netrunner 13.12 Enigma-II is an overwhelming distro. It has so much, you do not know where to look. But you need to step back, take a deep breath and start a slow exploration. Then, you will discover a wealth of cool things and options, including a rich arsenal of programs, multimedia fun out of the box, and lots of gadgets and utilities.

On the negative side, this edition came with a somewhat botched package management, and there are a few odd choices here and there. Memory consumption is relatively high, and we had that one-time freeze. Other than that, everything was fairly smooth, if colorful to the point of being confusing. With perhaps 10% less glitter, Netrunner as a whole could be 50% more successful. I would remove some of the extra software, polish the desktop a little, rearrange the tools and icons, and then it would be a swell and powerful player.

The autumn slash winter edition, Netunner 13.12 Enigma-II is a fairly good and robust system, but you must be prepared for its bounty, and there could be some glitches along the way, especially if you aren't ready for them. On the right path, but we need to sort out that image, that identity thing. Should happen soon, I guess, it's like that with all them young distros. Grade wise, a slight yet gradual improvement over its predecessor, so let's say 8.5/10. And we're truly done here.