Dedoimedo
A Place to Learn a Lot About a Lot
Windows 10 version 2004 review - Okay, sort of

There comes a moment in a person's life when efficiency outweighs curiosity. At this point, you become a conservative git, and you only care about a small number of things that bring you joy. If your hobby is software, you are in for a ride, coz there be a new build of Windows 10!

Now, I'm using Windows 10 on my production systems - carefully and sparingly updated and thoroughly tamed, so there ain't no interfering with my dire need for efficiency. But I also happen to have a test box running aforementioned Ten (Home), and I've not really touched it in a while. The release of version 2004, the spring build of currentyear, gave me an opportunity to strap on me test boots and commence another review of Windows 10. Let's see what gives.

So. The test box is my Lenovo G50, also used for Linux distro testing, a nice mixed eight-boot combo with various Ubuntus, Fedora, Manjaros and whatnot residing there. Plus Windows 10 Home, running Build 1809 before this review.

The process speed? Slow. This wasn't a fun thing at all. I remember being promised faster updates, but then, the whole thing was a morass. For a 2015 machine, it slugged rather than chugged through the process. Let's break it down, shall we:

Two hours (!) to complete the download and setup. At least you can use your system in parallel while this part of the upgrade runs.

But now, you get that flashing "This might make several minutes" step, which is now accompanied with several new messages, including "These updates help protect you in an online world" and "Leave everything to us" - well, I feel inspired. Almost there ... this was another 17 minutes.

From start to finish, three hours - this is a lot of time to bump the system to the new version. But to be fair, most distros take similar time doing their upgrades. A full install would have probably been faster. Even so, this ought to be optimized, a lot!

Remember my ultra-funny clip on random changes after every update? Well, we're in that situation yet again. I noticed my desktop has changed. The most notable difference: the taskbar lost its custom accent color and was white now.

Ignore the Open Shell message - notice the taskbar. And if you're wondering, before the update, 'twas:

This is caused by the inclusion of the dark mode (wow, much cool, so excitement). If you want to actually have a darker taskbar and use a light theme for applications (as it should be), you can choose the Custom scheme, and then, you can also apply your chosen accent color to the taskbar. One problem solved.

My privacy settings were NOT altered, great! Also, Edge wasn't touched - I set the registry key not to update to the Chromium version, and this was not touched, good.

But there were problems:

Change the value of DWORD DisableAntiSpyware to 1.

Funnily, I had more system errors and associated problems upgrading from one version of Windows 10 to another than I had doing a 7-to-10 upgrade. For instance, Sandboxie no longer works. This wasn't flagged anywhere during the process. The whole thing is just kaputt.

Explorer decided to crash a couple of times:

I also had 41 app readiness error - the whole "modern" apps thingie, a useless and unnecessary stuff on the desktop. Anyway, many of these barfed all sorts of silly errors, telling me to contact my vendor. Well, hello? Is it MS you're looking for?

The search was broken for a while - it took quite a bit of time (and heavy IO) until the indexing was done. 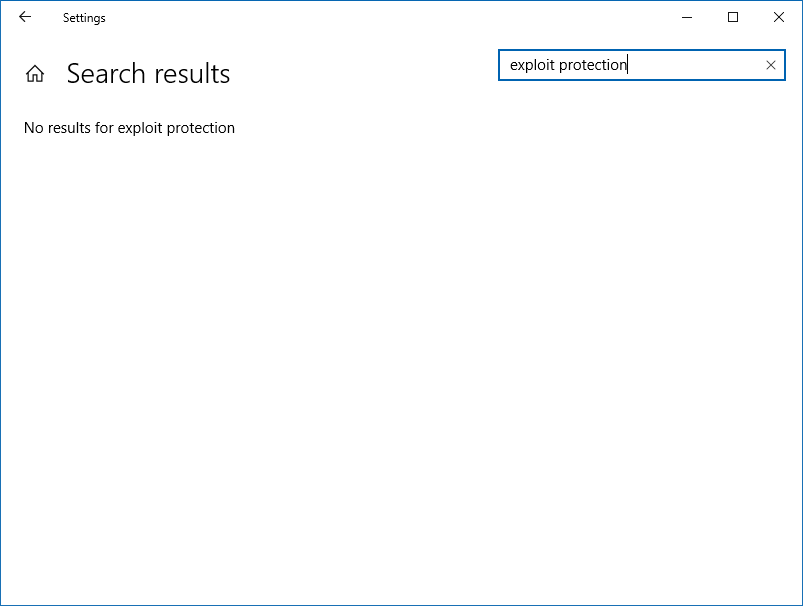 The desktop speed is unchanged. Reasonable. But the boot sequence is slow. It takes roughly four minutes from BIOS to being actually able to use the system. Specifically after login, it just takes many useless seconds waiting for the system tray to be populated with icons, and the taskbar to paint on the screen. Not sure why, but even the slowest Linux distros are faster than this by 50-60%. Once the initial nonsense settles down, the actual responsiveness isn't too bad. The disk was a little hot, but nothing too cardinal.

I played a little with some of the other stuff mentioned in the release notes. You can rename virtual desktops, and another cool thing is - you can launch your apps individually in each one, so this is rather neat. The Store feels rather deserted - I checked out Age of Empires II Definitive Edition (review coming soon), and it only has about 300 reviews - compare to some 44,000 on Steam. GPU temp, nope, only for discrete cards, which isn't the case on this laptop.

I also wanted to try Windows Sandbox - alas, this wasn't possible for me. Technically, you need Pro or higher, but I haven't got a test machine to dedicate to this effort, and I'm not deploying this in my production setup. In VirtualBox, you won't get SLAT as nested virtualization is still somewhat rough, plus Hyper-V and VirtualBox drivers can't be loaded in memory at the same time (like VirtualBox and KVM in Linux), but you can work around this by manually starting and stopping services. Then, the DISM deployment thingie that worked in earlier versions of Windows 10 Home no longer works. Sounds like an interesting concept, but them Seamless mode with other virtualization solutions does a similar thing, and I mentioned Sandboxie, too. Maybe one day.

I was quite irate at first, since my desktop was changed, but once I relatively quickly got it back to what it was, my rage subsided somewhat. Still, all I really want from an operating system is a calm, quiet baseline to run software and be productive. Changes in the system are simply unnecessary, especially when they are introduced in a way that alters the user's experience. For example, the light/dark/custom theming. My system was using the custom accent already. There was NO reason to change it to light and make me go through the exercise again.

I got me desktop back. But why all this unnecessary noise?

Are some of the "improvements" welcome? Perhaps. But at the end of the day, they don't really bring anything significant. People just want to do their stuff - browse, type, listen to music, watch videos. Only a tiny minority of nerds cares about some of the changes, and they can enable the extras themselves. And then, there's the philosophical question: why are these improvements necessary? If you need them, then you have an incomplete product to begin with, and that brings us to the whole new-age fast-agile nonsense.

So yes, at the end of the day, I have a working system, and it's 94.7% like before. I spent several hours configuring things, and now I'm back to where I wanted to be in the first place - a user using their system, without any glamor, big empowering messages or anything like that. Was the whole exercise necessary? Of course not. If only there was a reward at the end of, I could be a happy little nerd. But there isn't any, just the unbearable lightness of being, except this one isn't written by Milan Kundera.

Like most Windows 10 builds, 2004 brings some small, positive changes plus a bunch of errors and problems. More or less the same experience I had roughly 18 months ago with Build 1809, the last time I upgraded this particular box. One thing is certain, there are more and more errors each time, and this bugs me. I used to swear by Windows stability and quality of updates. That's another illusion shattered.

All in all, Build 2004 is a release. Neither good, nor bad, not revolutionary, nor anything special. Just an upgrade, and you can treat it as a big update if you will. At some point, if you do update your system, you will have it, and you will have to make some adjustments to your workflow, and then continue using your system, and then, there will be some other upgrade, and thus life trickles on to its inevitable conclusion. Happiness and fun are optional components. This isn't Microsoft exclusive, this is software industry all over. The vestiges of purity are gone, we're in a merciless for-profit market, and the early days naivety no longer exists.

So what should be the conclusion of my review? I am not sure. I can't advise you to use this, because it doesn't make your life better. I have no reason to tell you to stay away from it, because, again, it's just a bunch of system changes rolled into a big bundle. If you're looking for consistency and stability, you ain't going to get a perfect score. If you must use Windows 10, Build 2004 is no better or worse than any previous one, plus you might as well install it and get on with it. OK, I guess. Would I like things to be different? Yes, absolutely. I would love to be able to be really excited about operating systems. But it won't be Build 2004 that will reignite my passion. Now I'm gonna go and be sad somewhere else.