Dedoimedo
A Place to Learn a Lot About a Lot
Hybrid cars are massive bollocks!

One thing that is worse than cropdusting corn with radioactive cobalt is driving a hybrid car. Yup, you read it right. Hybrid cars are the sum of all motor evil that could ever be. They are the ultimate testament to human stupidity in all shapes, forms, sizes, colors, and flavors. They represent everything that is logically and morally wrong with mankind.

When you buy a hybrid car, you piss on the collective intelligence of human race. You disregard that little thing called mathematics and instead focus on presenting a glamorous and totally false image of a tree-loving person who happens to care about his environment. If you happen to ever hear someone tell you how they bought their hybrid car, you ought to punch them in the face, right then, right there. Worse, Gods of the Internets forbid, if you happen to approve of someone's purchase of a hybrid car, you should probably be catapulted into outer space, so you stop polluting the atmosphere with your frivolous, reckless and vain ways. Let me elaborate.

Hybrid cars, what they be?

Essentially, hybrid cars are a moron's answer to bad fuel efficiency. You have cars that burn a lot of fuel, because they are either too big, designed in an inefficient way, or both. A great example would be pretty much any American car, which has the average consumption of a space shuttle and the grace of a tank sabot round slicing your wedding cake. Topping the turd bun is the automatic transmission, designed to help spatially challenged people cope with driving their car. Not only do you not use your other healthy leg, your control of the vehicle is reduced, your feel for what is happening is blunted, your braking distance lengthens, and your fuel consumption is increased. We will analyze all these, not to worry.

So what do you do when you have a big and inefficient car? Well, there are several ways you could resolve the problem. Make a smaller car, for example. Make the engine smaller. Replace the primitive V8 petrol unit for something more convenient without trading off performance and road handling. Or try some other things that we will mention soon. Or you could retain all of those and dump an electric motor and several hundred kilograms of batteries under the hood and call your new equally inefficient mutant a hybrid car. 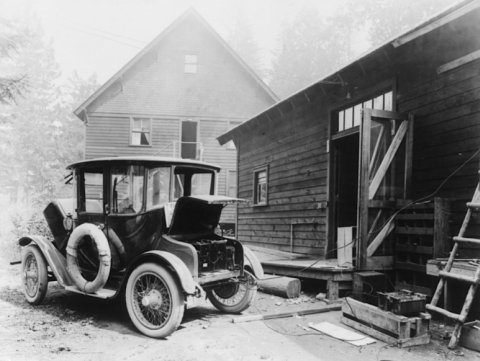 Hybrid cars do not SOLVE the problem of a moronic design and moronic driving. They work around the problem by using buzz words that make yappies and new-age cretins feel good about themselves while they continue to pollute and destroy the planet. I can totally admire someone who wants to drive their Pontiac GTO because they like the iconic car, like the feel, like the engine roar, like the bestial design. And that's all right. But I just hate the wormy little idiots who cause an equal amount of environmental damage and then point an accusing finger toward people who are honest about their passions and hobbies.

Speaking of hybrid crap, what you end up is a vehicle with increased mechanical complexity, increased weight, much higher cost, much higher long-term ecological impact, and only marginally better fuel consumption. You see, that electric motor is not going to run on its own. It needs energy. And that lovely energy comes off your crankshaft, powered by your petrol engine, which still burns fuel like mad, plus it now has to cope with an additional parasitic force of spinning a copper-wire generator and driving your much heavier car. 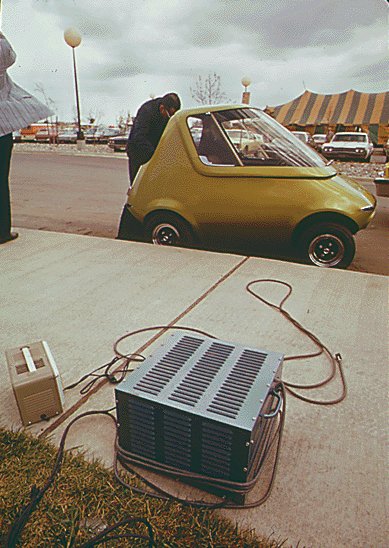 Carbon footprint is not all, you morons

This claim goes hand-in-hand with the global warming nonsense. Forget the fact that domestic contribution to the atmosphere emissions ranges around 3-5%, and that all the rest comes from heavy industry. Forget the fact that carbon dioxide is essential for life on Earth and that we should not meddle in the normal planetary cycle. And there's a handful of other gases that you could add to the list, but they are too difficult to pronounce for most hybrid car owners. And still, their cars are producing craploads of pollution.

Instead of driving mammoth-sized cars with the efficiency of a chipmunk cleaning windows, you could opt for small cars with small turbo-charged DIESEL engines. Yes, that's right. DIESEL engines. For example, Volkswagen Polo Bluemotion offers a phenomenal fuel consumption of only about 3-4 liters/100 km, which is about 75mpg. It does that by using a clever design, a wicked engine and MANUAL transmission. Yes, that's it. If hybrid car owners were really serious, they would ditch their automatic diarrhea and use cars with a proper gearshift. That alone would slice the fuel consumption by some 10-20%. But that's the sum of their hypocrisy. And I bet they drive with the air conditioning turned on at all times. 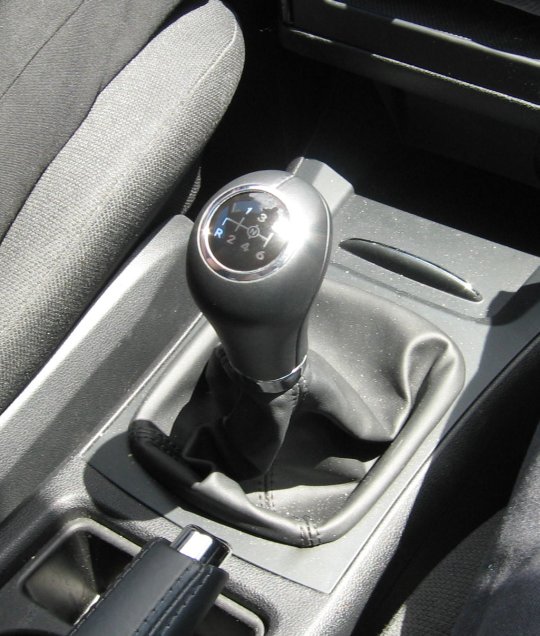 The solution is to drive small, compact cars with six-speed manual transmission and low-revving turbo-charged engines. You end up with low fuel consumption and good performance. Your car will probably weigh half the typical hybrid car, including heavy metals and other wicked chemicals, cost half and be infinitely less stupid.

You will also notice that people with hybrid cars are lousy drivers. It is not enough that they middle-finger the world with their false pretenses, they also make your traffic suck, because they are disconnected from reality by the lack of the clutch pedal. People with hybrid cars also have a bad taste in everything, so they also aesthetically harm the environment.

The whole notion of going green is wrong. The future of mankind relies on us using fossil fuels as much as we can. Because once we truly deplete them, the necessity of survival will force us to develop truly useful alternatives to the internal-combustion engine. Or perhaps the oil barrel price will skyrocket enough to justify hydrogen economy.

Another thing we must absolutely do is continue to build and use nuclear power plants. Yes, that's right, morons. Nuclear plants are the safest, most efficient and environment-friendly way of producing electric energy. There have been a few accidents now and then, but they are nothing compared to the continuous damage and pollution caused by the conventional power plants. Coal and oil plants release millions of tons of nitric and sulfur oxides and mercury into the atmosphere each year, contributing to tens of thousands of deaths that no one cares about or counts. But when one reactor goes kaboom, the sensation of some extra radiation becomes all the buzz. 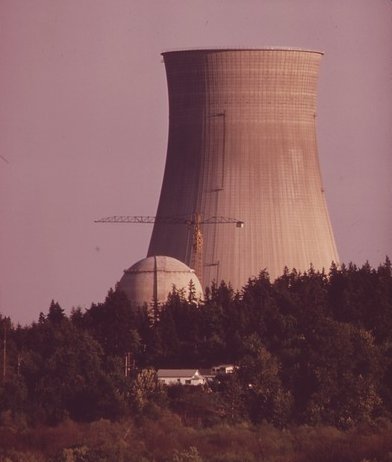 If you look at the Chernobyl disaster, the number of deaths caused by the accident directly is in the range of a few hundreds, and the predicted death toll over the next 100 years due to radiation exposure is expected at around 5,000 people out of some 5-6 million in the affected area. That's statistics. Currently, background radiation levels in Ukraine and Belarus are about twice what they were in the 80s, which means they are equal to normal levels in France. Yup, because of the difference in Earth's mantle composition, France always had higher background radiation levels than the former Soviet Union. So what's the big deal?

Back to nuclear plants, the total energy output that we can derive from nuclear fuel is about 5-6 times more than what the remaining fossil fuels offer, unless new reserves are found, not counting the natural gas. So if we truly wish to prolong existence on our planet, we should build as many nuclear plants as we can, everywhere. Going green by the means of wind turbines, solar energy and hydroplants is also a good idea, but nothing beats the atom.

Hybrid cars represent all that is wrong with the sheep-mentality behavior of the stupid, illiterate masses that pollute this planet. They are the pinnacle of obtuse, brute-force thinking. If you could crunch down the numbers and somehow explain them to the oligophrenic society, they might somehow figure out that electricity is not made by virgins' tears. But that's the lost cause. Saying green is easier than calculating drag and friction and whatnot.

Hybrid cars are big and inefficient. And they allow their wanton, slow users to continue doing what they've been doing all along, only now they can feel better about it. Hybrid cars are a guilt trip turned shiny and sweet. As a result, car enthusiasts, who appreciate their vehicles for what they are, are scorned upon as if they are someone doing something wrong. I say, buy as many muscle cars as you can. Pollute as much as you can. And boycott anything that bears the label green or hybrid. It means it's the same old shit for twice the price.

When the morons tell you how wrong you are, ask them about the transmission, and then punch them in their stupid face. Game over. You win. I win. Now, that's how it's done.

The images of the antique and 70s electric cars and the nuclear reactor are in public domain.