As a teenager, I was not very fond of the WWII models. Later though, I found the imperfect lines of the piston-powered planes to be a nice, soothing balance to the sleek, rounded curves of modern jets. Thus I have stumbled upon Henschel Hs 129 by Italeri in 1/72 scale.

What drew me most to this model was the particular Afrika desert camouflage, used by the Luftwaffe on many of its planes in the North African theater. So I decided to built it.

Henschel Hs 129 was a sturdy, two-engine ground attack aircraft, somewhat comparable to the Soviet Il-2 Shturmovik. It had a very heavily armored cockpit, including 75mm glass panes, designed to survive a hail of flak during low-level combat. Unfortunately, the plane was underpowered and suffered from sluggish and heavy controls, especially in the hot and humid conditions of the Mediterranean. Secondly, just like the Stuka, Hs 129 flew most of its mission without fighter escort. In the early days of the war, while German enjoyed complete air supremacy, this was not a serious problem. But as the war progressed, Luftwaffe ground attack aircraft, including Hs 129, became an easy prey for nimble Allied fighters.

Nevertheless, Hs 129 was a very lethal weapons platform. In addition to a pair of 7.92mm machine guns and 20mm cannon each, it was usually armed with a 30mm anti-tank cannon carried in an external pod. Later, it even carried the huge 75mm PaK 40 gun (from the Panzer IV tank) that could knock out enemy armor with a single shot.

Despite the high combat potential, Hs 129 was built in too few numbers to make any significant difference. Less than 900 examples were built - claiming 1,100 tanks, mainly Soviet, in close to 40,000 sorties. Today, 1,100 tanks may sound a lot, but it was barely a dint in the Soviet armored armada.

Building Hs 129 was a great fun. As usual, I particularly enjoyed painting it, paying special attention to little details like rust on the engine exhaust or scratches on the underwing from desert storm winds.

The aircraft is the color of sand with black-green leopard spots save a dirty white bank near the tail. I have armed it with a pair of 50kg bombs under wing pylons, dispensing with the ugly cannon pod. 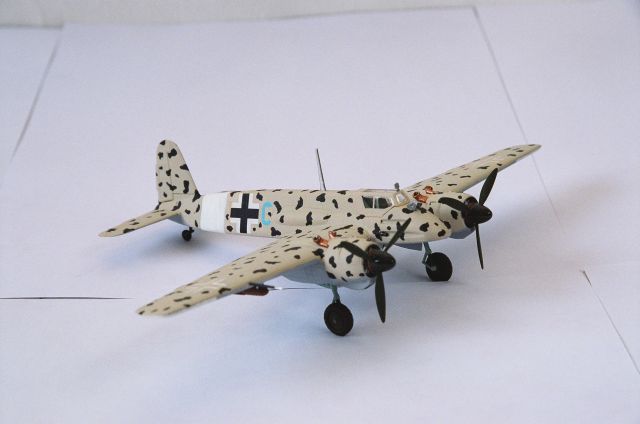 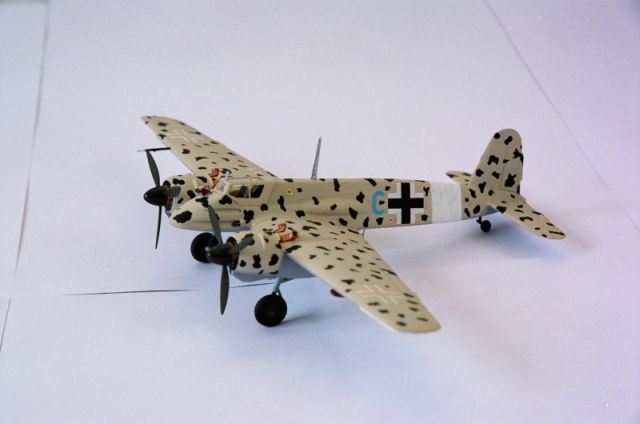 When building an old plane, one of the most interesting details are the engines. Rather than dunking them in monotone silver-gray, I made sure to apply tiny specks of oil smudge, soot and rust onto the cylinder heads, something I always loved to do. I was never fond of museum-spotless models. Then, I added tiny strips of silk thread, mimicking wiring.

Most of the effects are slightly lost under the cowling and further shaded by the limitations of the resolution at which the pictures were taken, but a true connoisseur will see them. 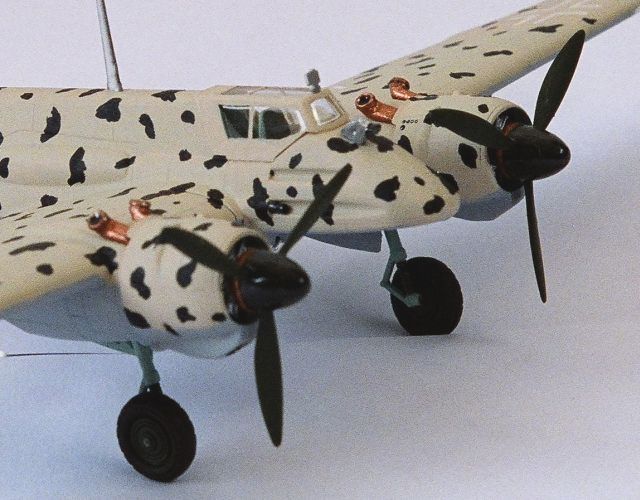 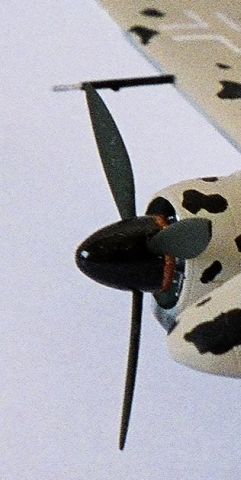 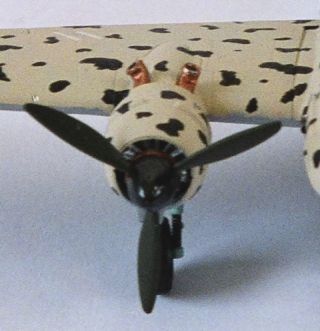 Hs 129 strikes a very handsome pose from ahead. It's a fairly elegant plane. Notice the Pitot tube outward of the right engine (the real right) and the pair of humble 50kg bombs peeking under the wings. 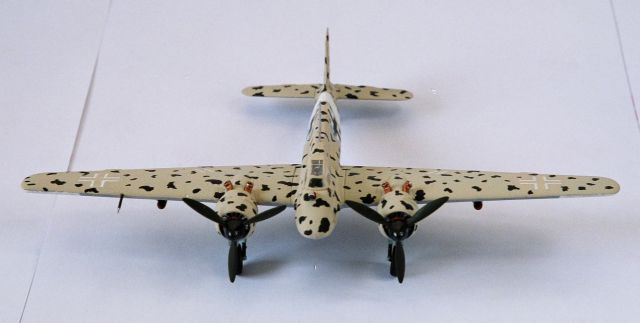 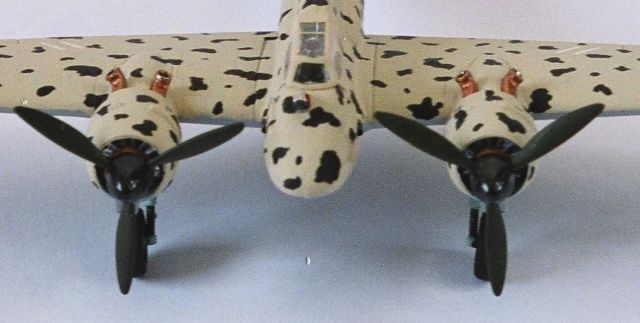 The plane is less graceful from the side. Well ... And there's a sort of a ladder beneath the center fuselage. Honestly, I do not know what is its purpose, but since it was included in the instructions, I happily glued it on. I was not sure whether I should attach an antenna line between the radio mast and the tail or leave it be, but finally decided against it. The model is not very large, about 15 cm tip to toe, and I did not have a string thin enough to suit the purpose. 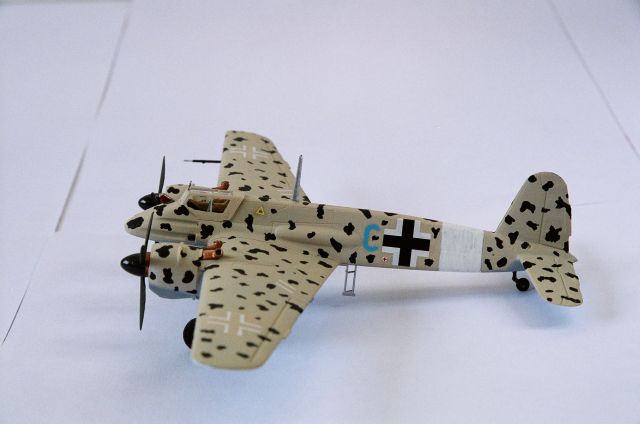 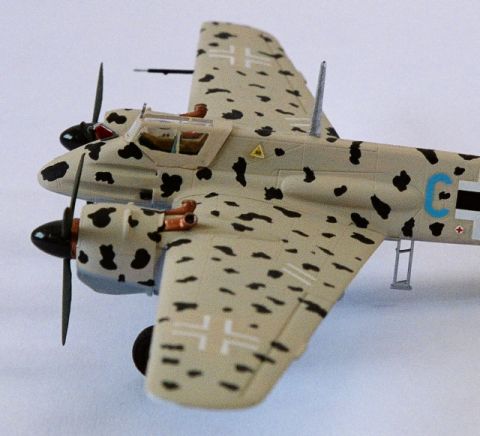 Likewise, I made sure the cockpit was rich with details, painting the armored chair frame and padding separately, as well  as marking the seat belts. Notice that Hs 129 has a nose that resembled a shark from this angle.

It's a very lovely model. I'm glad I have made it. And I'm very satisfied with how I made it. On the scale of 1 to 10, I grace myself with a silver nine. Italeri did make it easier with parts that fit well together, save the cockpit hood. That's it for now, fellas. Enjoy.