Let's talk about Time some more. In the last article, I presented my own model of Time, which is a complex mesh of events, defined by energy (color) and 3D vector (orientation), for each and every particle, wrapped around the Universe. A chain of Events is called a Thread and Threads form the Fabric of Time. Then, in the past, I've also talked about Time travel and how this was unfeasible.

Today, I'd like to discuss the famous Grandfather Paradox, which tells us it is impossible to go back in Time and assassinate your own Grandfather. The Paradox goes thusly: you go back in time and kill your grandpa before he met your grandmother, meaning you have never been born, meaning you could not have gone in time to kill your grandpa, meaning you grandpa lived and you were born, so you go back in time ... Round and round it goes, a never-ending loop that defies logic and every known law of Physics. There are all kinds of explanations, but I'd like to propose a new one, based on my own theory. 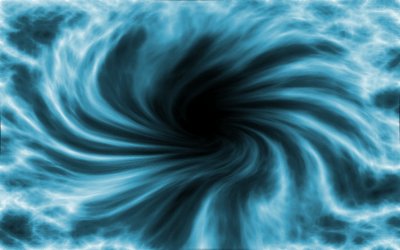 In my model, Time is a mesh of events, a Lego block of certain color and size, tightly packed around the hyperbolic sheet of the Universe. But let's focus on the individual particle. A particle's life is defined by events, starting at a certain point and going forward, or ending in annihilation with another fellow particle. The interesting bits are the moments of creation and destruction. I'd like to call these knots and forks.

In my first article, I described inter-particle dependencies as a part of the energy functions, separate from the Threads. But what if particle time gets meshed into the equation? Logically, this would only make sense when the particle is born/destroyed, since the event loses correlation to its owner. But the Thread is not undone, because the destruction of the particle does not annul the past interactions.

Knots represent the merging of separate events. Forks represent the separation of merged events. In other words, if two particles are annihilated to create one, new particles, the two events merge to become a knot. Birth of two or more particles from the decay of a single one becomes a fork. Now, why are these so important?

Time threads, while giving meaning to Time (events) are meaningless themselves. If we could cause particle interaction in such a way that Threads knotted and forked arbitrarily, we could create event scenarios where particles from different temporal points in the Fabric of time interacted. This would be Time travel. The only question remaining is, how do we do that?

This brings us to juicy topics - black holes, wormholes, singularities that warp the timespace in a such a way that energy and 3D position lose meaning. In turn, this would create events that have no color or orientation. You might call them holes in the Fabric.

Holes in fabric would allow events further up the threads to coil back and loop toward events long determined, allowing time-travel-like interactions. This could be happening all the time spontaneously, although such events would probably be inherently unstable and decay very quickly, usually on a scale smaller than Planck time.

Now, if it were possible to create a stable event, where a particle thread in the present merges with one from the past, we would have time travel in our hands. For example, if we could create black-hole electrons, we would then have naked singularities that emit radiation (information) and might use them to create coupled states. We could then use the past information or possibly even change it by exciting our black-hole electron. 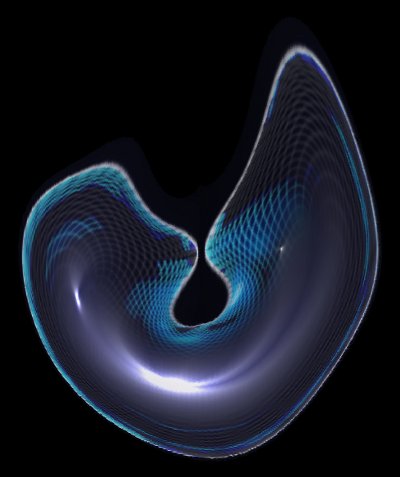 Now, on the macro scale ... Single particles are all right, but what about humans? This implies taking all the threads of particles belonging to a human and forcing them into interaction with particles from its past. This would necessitate a kazillion of controlled wormholes, which would then create a temporal disturbance where past events could be altered.

Such time travel would definitely not be anything exciting as in the movies; it would mostly likely be a laboratory experiment where particle energies are tampered with so that they create desired changes. This still leaves us with two major problems, though: Does a time travel interaction change the present? How do we grasp the Time threads?

While would couple past events with the present ones, they would still occur now and create new Threads. Time travel would not be a situation where you suspend the present or simply divert a chunk of Universe into a bubble. That does not seem plausible at all. The only semi-sensible way I can think of that this could sort of work would be by shortcutting into the unexplained, dimensionless something outside the Universe and barging into a distant point in the past. 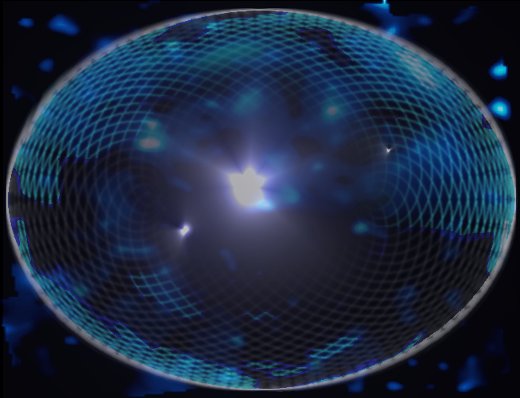 Temporal pressure of such a violent change would cause these disruptions to be either very short lived or fork new Fabrics of times. Some might call this situation a creation of a Parallel Universe, which would then justify all the little paradoxes you can think of. However, I'd say the Universe remains one and the same, it's only the Time that changes.

As to shortcutting, String theory and its 10-11 dimensions could work. Like my own figment of fiction, the theory mentions D-branes, which are quantum-mechanical vibrating charged black holes. Then, there's also Vacuum, which we could abuse. As the space of nothing that defines the Universe, it could be the underlying bedrock that supports all our games. By manipulating the vacuum energy fluctuations, we could change the shape of the Universe is such a way to create the desired shortcuts.

We could control the Vacuum by matter anti-matter explosions, as I've suggested in my Speed of Light article, but this would require massive amounts of energy, supernova-style, in our time travel laboratory, and growing exponentially.

And with sibling Time threads related (yours and that of your grandfather), the bending of the Universe and/or Vacuum would have to be much stronger than, say, straying into unrelated threads sideways, so to speak. This means that even if you wanted to kill your grandfather, you would need more energy.

Only back into past

So time travel would only work in one direction. One Universe and many sleeves of Time. Crossing between different Fabrics of Time does not seem likely. Even if it were, you would never be able to get back into the present moment, because you cannot move faster than Time. You would not be able to create a past-future event that would place you at the tip of the unfolding Time. It would be like staring into the back of your own skull. Some theories suggest this could work, if you walked down the event horizon and came through on to the other side, but this would be a forking of the Fabric of Time.

But let's go wild with out imagination. What if it were possible to create a stable time loop, where you can see yourself going out of a hole before getting in, and then run up and catch up with yourself. Say the new Fabric of Time becomes one with a predetermined future, which is its own past.

If your experiment somehow created this paradox, it would be a black hole equivalent in Time. From outside, this alternative Time would collapse on itself and it would not be possible to interact with anything inside it. However, inside the loop, you might get temporal disturbances caused by external events, which would appear random and inexplicable. In fact, if such Time could sustain intelligent life, it would be a very short lived one, because you would have uncorrelated events happening all the time. For example, you could be in more than place at once, while still being where you are. You would not know the difference, but other might perceive your time events in non-sequential order. Sci-fi like, it would be a movie where Napoleon wonders why he's in a living room with a Korean dude playing WoW, all of a sudden. 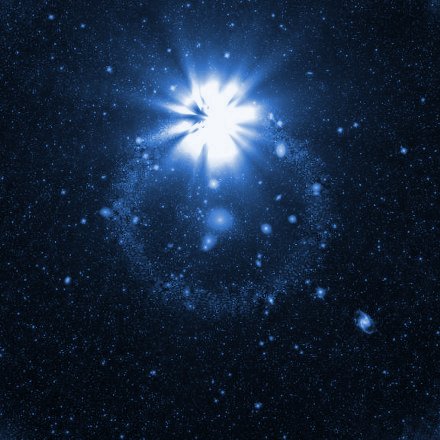 Finally, let's answer the other question - how do we manipulate time? How do we grasp events? To this end, we would need a device that can measure in Planck time units. Events would be 0-1 readings on the Chronometer. For an isolated particle in the lab, we would then be able to define its Hamiltonian. Then, by creating a disturbance around the particle, using one of the methods mentioned above, we would be able to warp the Fabric of time, provided we knew its shape, to a desired point in the past and grab information that we need. And if the particle vanished, this means we would have sent it into a parallel Time sleeve. It's a one-way ticket.

We could incrementally create a world that is older and older from the human history perspective, but more advanced technologically, and slowly migrate all of the humanity into the last instance we found useful. The problem is, just as the number of worlds would grow, so we would deplete the stock of humans on our side. On the other hand, each new instance of our world would contain duplicates of humans sent back in time. The last version could have cars in medieval ages, but it would also have trillions of humans, most genetically identical to within a few seconds of one another. We would also need more and more energy each time. 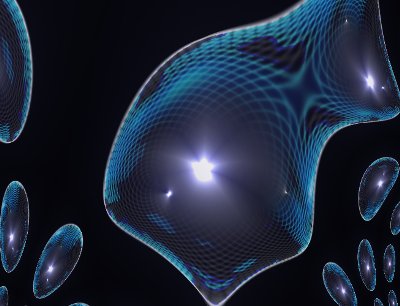 Just remember how much one second is compared to Planck time. Any increment further and further back would encompass more and more events, demanding more and more energy. We would probably deplete the world of people before venturing as much as one second into the past. The only really last question remaining is how much entropy is there? There ought to be some penalty. But I have no answer. Except that parallel times cannot interact, which satisfies the equations.

There you go, a mind-boggling speculation that explains everything oh so well. Time travel, if possible, is definitely not something to partake in lightly. At most, you may want to experiment with individual particles. Shipping off entire humans across the barriers of Time seems a little far-fetched. Then, you may also destroy the Universe by playing with matter and anti-matter, not an everyday task.

I hope you enjoyed this nonsense. If you have other, crazy ideas you might want me to consider, feel free to email me. Meanwhile, enjoy a rather unique perspective on Time. Hey, it's no worse than what you find in the books, sans the boring equations and such.